Water Mitigation and Water Restoration? What is the difference between the two?

There are a number of reasons why your home could be suffering from water damage. A leaking pipe may burst and flood the basement while you’re away on vacation, or there might have been an issue with maintenance at some point which led to faulty pipes spilling onto hardwood floors–whatever the case this needs attention immediately as any moisture left behind will cause more serious issues down after time! But what exactly is restoration? Restoration services come in two different forms: mitigation (also known simply)and emergency response teams who specialize onlywith removing excess rainfall quickly before extensive structural damages occur; when hiring either type make sure they know all relevant regulations pertaining specifically.

WHAT IS WATER DAMAGE MITIGATION?

Water damage mitigation is a process that prevents further loss of property and belongings after an initial disaster or accident. The water damage from a flood is not just an issue of aesthetics. The effects are more than you might think, and they can last for months or even years after the cleanup process has finished!
The water mitigation process often includes removing furniture and materials, cleaning a home’s structural stability, draining excess moisture from salvageable items with commercial-grade equipment to prevent further damage.
The goal of the service is not only protection but also prevention: preventing any future consequences that may arise due an intact structure after severe weather events like floods or hurricanes when there are extensive damages present on property surfaces such as carpets which cannot withstand high levels Of humidity without deteriorating rapidly over time.

WHAT IS WATER DAMAGE RESTORATION?

Water damage restoration is focused on repairing and restoring the water to your home. After a thorough mitigation process, many trained specialists will work diligently in reconstruction of each room through various applications that are designed specifically for you! The goal? To help homeowners recover from any type or degree of damages caused by excessive moisture content within their properties- no matter how extensive they may be. With typical services including replacing damaged walls & flooring; eliminating mold spores throughout entire rooms/building surfaces (including shower tiles); cleaning up roof leaks thanks so much.

THE DIFFERENCES BETWEEN WATER RESTORATION AND WATER MITIGATION

The main difference between water mitigation and restoration services is that the former helps to prevent further damage from happening, while restoring what has already been caused by flooding. The later focuses on repairing damages after a property becomes flooded with contaminated soil or standing waters.”

MISCONCEPTIONS ABOUT WATER RESTORATION AND MITIGATION

1. IT’S MORE COST-EFFECTIVE TO REPLACE THAN TO RESTORE

When a home has been damaged by water, the cost can quickly add up. However it’s more beneficial to replace certain items than restore them because in some cases using restoration services may actually end up costing less overall if they only have original parts available for purchase or even just wholesale distribution of replacement products at competitive prices – which means you’ll get your investment back quicker!

2. CARPETS AND WALLS WILL DRY ON THEIR OWN.

If you have carpets or drywall in your home, it’s important to know that they can’t completely recover on their own. Even if the material seems solid enough and has sufficiently dried after being wet for an extended period of time (which usually takes weeks), there is always moisture hidden underneath which could seed new growths when conditions are right again! This isn’t just a problem associated with residential properties either- commercial spaces suffer from similar health issues due directly because businesses aren’t trained how best deal with this type situation properly so as prevent potentially dangerous mold exposure among

3. IT’S MORE COST-EFFECTIVE TO HANDLE THE WATER MITIGATION AND RESTORATION PROCESS ON YOUR OWN.

The Centers for Disease Control and Prevention (CDC) says that if you have flood damage, it’s best to call in professional help. Flooding can cause many different problems with your home or business–from costly renovating tasks right down the drain due lack of electricity during an emergency situation which makes safety hazards worse than they would otherwise be without cleanup efforts being made at all!

You don’t want to deal with water damage on your own, but you also can’t afford the cost of hiring a professional team. Call 716 Clean Up Restoration today for help restoring peace and order after an emergency! 716-799-7169

How Can We Help You

Review us on Google 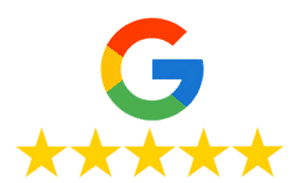